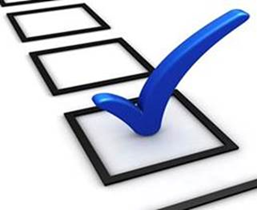 Nominations are now open for the Atmospheric Radiation Measurement (ARM) user facility’s User Executive Committee (UEC). The UEC serves as the official voice of the user community in its interactions with ARM management. Members are charged with providing objective, timely advice and recommendations to ARM leadership and serving as contacts for ARM users to voice their thoughts.

The UEC is made up of scientific users of ARM data selected according to popular vote by other ARM users. The committee includes representatives from a range of science disciplines served by ARM. These representatives serve four-year terms.

Also, the UEC will include a young investigator, so as you consider nominations, please think about proposing an early career scientist who is within five years of obtaining a PhD as of January 1, 2021. The young investigator may be associated with any of the science themes and will serve a two-year term.

Nominations are the first in a two-part process to select new committee members. Following the nomination phase, an election will be held during the latter half of October 2020. Terms for elected members shall begin January 1, 2021.

Deadline for nominations is Friday, September 4, 2020.

Submit nominations through this survey.