Members of the Atmospheric Radiation Measurement (ARM) user facility’s science team are major contributors to radiation and cloud research. Scientists and investigators using ARM publish about 150 peer-reviewed journal articles per year, and ARM data are used in many studies published by other scientific organizations. These documented research efforts represent tangible evidence of ARM’s contribution to advances in almost all areas of atmospheric radiation and cloud research.

Kelvin waves during GOAmazon and their relationship to deep convection

Atmospheric Kelvin waves are synoptic disturbances in winds, temperature, and moisture in the troposphere that are observed in satellite observations of deep cloud cover over the central Amazon. Our study uses data collected during the Observations and Modeling of the Green Ocean Amazon (GOAmazon) field campaign in 2014-15 to investigate [...] 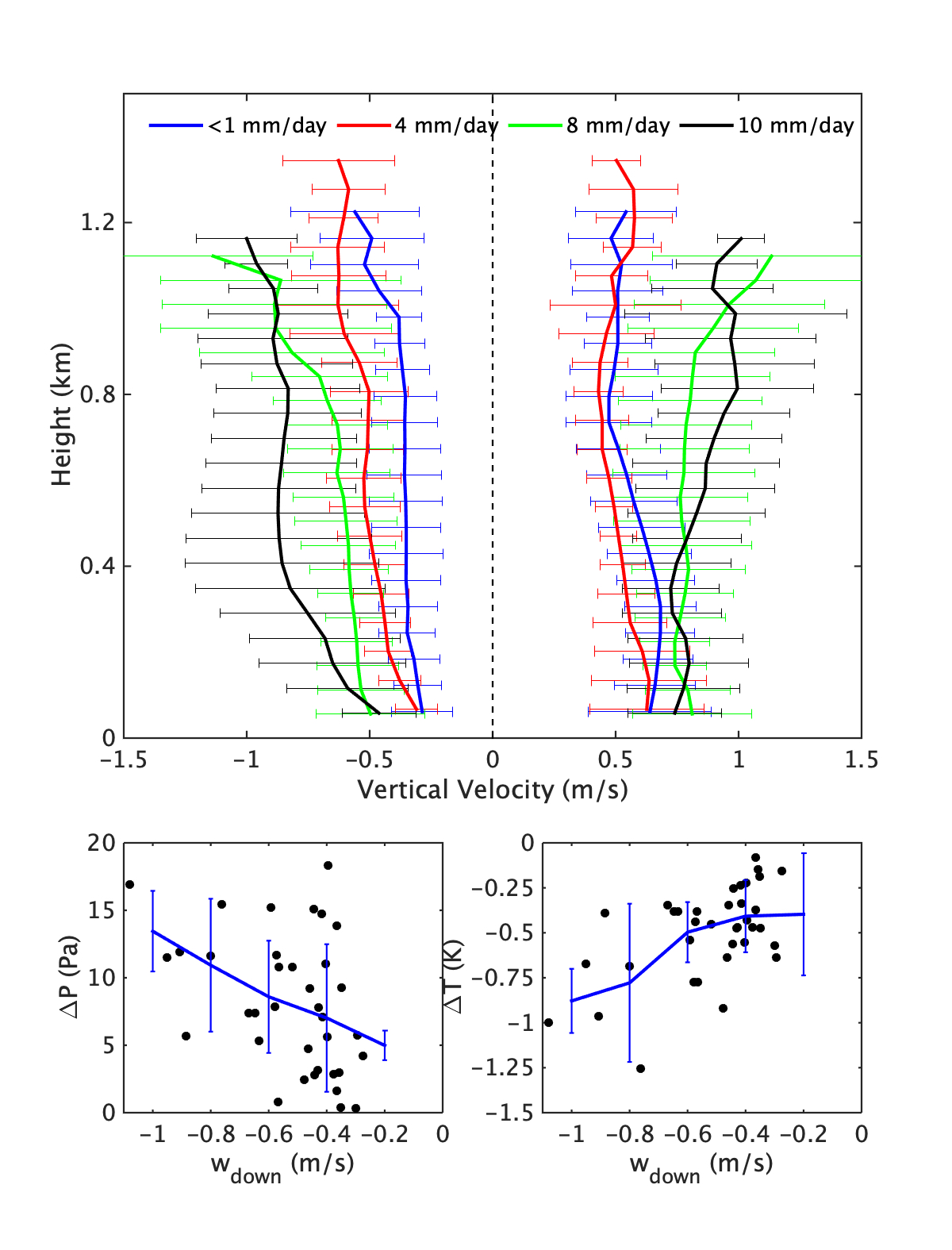 Downdrafts associated with heavy drizzle in stratocumulus clouds can bring colder air within the cloud layer to the surface. We have combined data from multiple instruments to characterize the coupling between rain rates, downdrafts. and changes in surface meteorological fields.

We collected extensive observations of particle fluxes over a forest and a grassland, and used those observations to directly improve model parameterizations of deposition processes. We show that these improvements have substantial impact on radiative effect estimates.