In a study published this month in the Journal of Climate, researchers found less infrared energy reaching Earth’s surface above the Great Plains region of the United States. This decrease in infrared energy is due to a decrease in the amount of water vapor and fewer clouds over this region during the last 14 years.

One of the basic tenets of a warming atmosphere is an increase in the amount of atmospheric water vapor. The study adds to the body of research showing that, while the average climate around the globe is warming and moistening, some regions will experience cooling and drying. Understanding the regional effects of global warming will be important for policymakers who decide what actions to take in response to climate change.

“We don’t know for sure what’s causing the drying over this site, but a change in regional land use is one possibility,” said Dr. David Turner, a scientist at NOAA’s National Severe Storms Laboratory and one of the study’s authors. “Another possibility is large-scale changes in the atmospheric circulation over the central United States,” he added.

Energy from the sun is visible to us as light, but infrared energy is invisible to the naked eye. Both types of energy, or radiance, are important contributors to Earth’s energy balance and maintaining a climate that can sustain life. 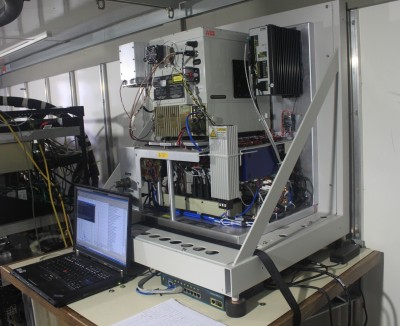 The researchers conducted their analysis using 14 years of measurements from a highly sensitive infrared sensor called an atmospheric emitted radiance interferometer, or AERI, at the U.S. Department of Energy’s Atmospheric Radiation Measurement (ARM) Climate Research Facility in Oklahoma. This heavily instrumented site, known as the ARM Southern Great Plains site, was established in 1994, and the AERI began operating there continuously in 1995.

“This instrument is calibrated every 10 minutes and has undergone thorough systematic calibration throughout its operation,” said Dr. Jonathan Gero, a scientist at University of Wisconsin-Madison and co-author of the study. “It has consistently performed within its error margins, resulting in a robust long-term data set.”

Gero said additional instruments at the ARM site in Oklahoma corroborate their findings that the Great Plains region is getting dryer and less cloudy, but emphasized a point made in their study’s conclusions—that climate trends around the globe are non-uniform, with some important regional variations.

“The AERI and other ground-based instruments that obtain long-term continuous data are extremely useful for understanding atmospheric processes and identifying local trends. However, reliable, well-calibrated measurements from satellite instruments are the best way to observe changes occurring on a global scale,” said Gero.

As described in the paper, the researchers grouped the AERI data based on a variety of cloud conditions: clear-sky (no clouds), thin-cloud covered, or thick-cloud covered. Statistically significant trends emerged based on changes in cloudiness, the time of year, and the time of day. For example, under all-sky conditions, infrared radiance decreased in the summer, autumn, and winter, but increased in the spring, primarily as a result of changes in the cloudiness over the site.

To be credible, Turner explained, a climate model should reproduce the major modes of variability in observed data on annual, seasonal, and daily time scales, such as recorded by the AERI in this study. Highly accurate observations over a decade, such as those from the AERI instruments, can be compared with the output of global and regional climate models to evaluate their performance.