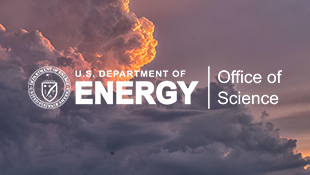 The U.S. Department of Energy (DOE) has announced a total of $15.6 million in funding awards for 27 scientists who will conduct 26 research projects through DOE’s Atmospheric System Research (ASR) program.

The university-based projects are designed to expand the fundamental understanding of earth systems and improve earth system models. Researchers will study the properties, formation, and interactions between atmospheric clouds and the aerosols that form them. According to the DOE announcement, these projects will help scientists better understand one of the most challenging aspects of earth system modeling and strengthen their ability to accurately predict weather and climate patterns.

“The Earth’s atmosphere holds the answers to how our planet is changing in the face of the climate crisis, as well as how we can predict and mitigate the effects,” says Secretary of Energy Jennifer M. Granholm. “By putting some of America’s most talented researchers on the case, coupled with DOE’s unparalleled scientific capabilities, we’ll gain a better understanding of how this crisis is unfolding—paving the way for solutions that leave a safer, healthier world for our children and grandchildren.”

ASR advances understanding of the atmospheric system in a holistic, comprehensive fashion that addresses a range of interrelated climatic processes, resulting in improved earth system models that can increase confidence in decision and policymaking. These studies will use atmospheric data gathered by DOE’s Atmospheric Radiation Measurement (ARM) user facility.

Researchers will study atmospheric processes in the Arctic using data from the Cold-Air Outbreaks in the Marine Boundary Layer Experiment (COMBLE) in Norway and the Multidisciplinary Drifting Observatory for the Study of Arctic Climate (MOSAiC) in the central Arctic.

“We want to thank everyone who took the time and did the hard work to submit proposals. We also want to thank the 58 members of our review panels for their time and thoughtful dedication.”

In response to DOE Funding Opportunity Announcement (FOA) DE-FOA-0002391, the scientific community submitted 91 full proposals for 85 distinct projects. Review panels composed of university, federal, and DOE national laboratory scientists with expertise in observations, data analysis, and modeling of the atmospheric system provided input on the scientific merit of the proposals.

“With so many excellent proposals, it was difficult to select just 26 projects,” says Stehr. “We want to thank everyone who took the time and did the hard work to submit proposals. We also want to thank the 58 members of our review panels for their time and thoughtful dedication.”

The ASR FOA was sponsored by the Biological and Environmental Research (BER) program within DOE’s Office of Science.

Following are the 26 recommended projects and 27 scientists selected for awards.