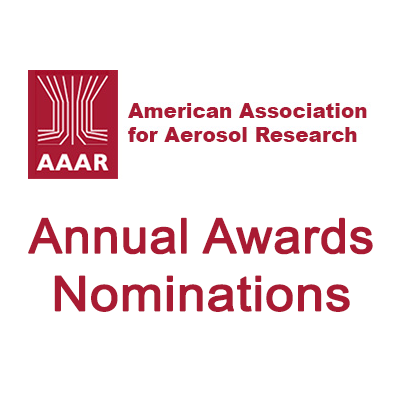 Nominate your colleagues now for the 2021 American Association for Aerosol Research (AAAR) awards.

Nominations for most awards are being accepted until Monday, April 5.

Nominations and supporting documentation for these awards must be received by April 5 in one PDF file in the following order:

Please send all nominations to info@aaar.org.

Award recipients will be recognized during the AAAR 39th Annual Conference, planned for October 18 to 22, 2021, in Albuquerque, New Mexico.